Thought this was a good song for the shit I am gonna be dealing with for the next few hours - Come on 2pm shift change. Its work not high school people, and how the hell old are you people!!!!!
Posted by Nyla at 7:52 AM No comments:

Well I filed my taxes. Now its a waiting game to see if they take my refund to pay my ex-husbands back taxes. What a slimeball! How do people go through life so evil and selfish. I just don't get it, the thought of screwing someone over or causing someone harm is beyond me. I would not want the karma!!!

Its all about Karma! We are responsible for every action and every thought we have.

Lately I have been having to deal with petty high school type BS at work and I had to decide to ignore all the BS even though I was the target of it. I decided it was what it was and I know better as do the people that I call my friends and if the others need to do/say this foolishness to make themselves feel better then so be it. I hope it brings them what ever they are looking for but I will not let it effect me its not worth my effort. 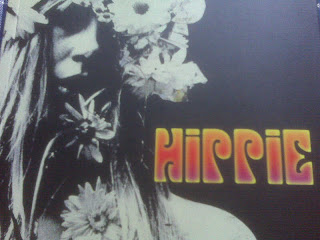 So can I actually be a Zen Witch? Or is it a Zen Kitchen Witch. Lol anyway I never hear anything about Zen Witches, Zen is a way of life or of being not actually a religion unto itself so it surprises me that I have never heard the term Zen Witch before.... opinions! It truly was Zen thought and life that got me through the hell of the last few years and the crazy mental aftermath, nothing else even began to help. But I am and always will be a earth loving hippie Witch.

Speaking of hippies this is a great book I just bought, even has pictures of Jim Morrison in it Bonus!!

-thinking of doing a Podcast-
Posted by Nyla at 11:02 PM No comments:

°ThE SoFt AsYLuM Of JiM MoRRiSoN..°